One of the most wildly successful attacks on the Internet ever was the Sapphire worm. When this nasty little piece of code was released onto the Net, it spread from computer to computer with extraordinary speed. During its first minute on the Net, its rate of spread doubled every 8.5 seconds. Within three minutes it had reached its virulent peak and was scanning over 55 million IP (Internet Protocol) addresses a second, searching for more machines to infect. By the end of 10 minutes it had spread worldwide and infected around 90 percent of vulnerable hosts—over 75,000 machines. In the process it caused network outages, canceled airline flights, caused ATMs to fail and interfered with elections.

While Sapphire did not contain a malicious payload, merely by replicating itself it caused considerable harm, overloading networks and knocking database servers out of commission. In the words of the Cooperative Association for Internet Data Analysis (CAIDA) and four other organisations that jointly issued an analysis of Sapphire, “There is no conceivable way for system administrators to respond to threats of this speed.”

Now perhaps you’re sitting there snug at your home computer or at a PC in your three-person office thinking “Well, that’s not my worry. I’m hardly a target for such things.” In a limited sense, you’re right. After all, Sapphire targeted machines running Microsoft SQL Server and the SQL Server Desktop Engine, software that runs primarily on business servers and workstations.

But, of course, it is your worry. The Sapphire worm and its ilk have a deleterious, if passing, effect on the Internet’s functioning and thus on all of us who are online. And the success of such attacks bears lessons for us all.

Lesson one: Software is full of vulnerabilities, ripe for exploitation. Sapphire’s target may have been business server software, but plenty of worms have targeted security holes in home and small office software, including Windows, Linux, Internet Explorer, Firefox, Adobe Reader, QuickTime, AOL Instant Messenger and so on.

Lesson two: Patches and firewalls make systems less vulnerable. In 10 minutes Sapphire infected 90 percent of vulnerable hosts. What made the others invulnerable? Two things: patches and firewalls. Microsoft had released patches one whole year before Sapphire hit and those who had installed these software Band-Aids were protected from the worm’s actions. In addition, the worm made use of the Microsoft SQL Monitor port to gain access to SQL Server on a target machine. If that port was blocked by a firewall, Sapphire stood no chance. 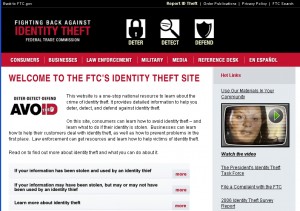 Lesson four: There are no innocent bystanders. Worms such as Sapphire exploit unprotected machines in order to launch attacks on others or on the fabric of the Internet itself. There’s no point in thinking “No-one would be interested in attacking my computer”; your computer may not be the target, but it is as attractive as any other as a launch pad for further attacks.

Let’s bring all this down to a more personal level, to the level of the simple broadband or dial-up connection linking your computer to the Internet.

That connection to the online world brings with it such a richness of information and resources it makes an unconnected computer seem pointless. At the same time it lays you open to risks that go far beyond Sapphire and its ilk. Spam, spyware, data theft, viruses, Trojans, privacy invasions, identity theft, system hijacking, credit card fraud. Your Internet connection makes you vulnerable to all these things and the sorry truth is it’s almost impossible to protect yourself completely from them all. But it’s certainly possible to minimize your exposure, making the online risks well worth the benefits and reducing the dangers to mere frustrations.

There are four steps you can take to ensure your Internet connection is not leaving you vulnerable to attack:

Before the days of the World Wide Web, you could go for years without encountering a virus. In fact, you had to work pretty hard to fall prey to one. Nowadays, viruses are far more common. That’s because the Internet provides the ideal medium for disseminating viruses, Trojans, worms and other undesirables.

The important thing with viruses is not to let familiarity breed contempt. Anyone who’s seen what a really malicious virus can do to a system knows it’s nothing to trifle with. That’s why using antivirus software is so important.

Having said that, you should realize your antivirus software is only as good as its last update. Most of the current crop of antivirus programs take upon themselves the responsibility of downloading and installing updates, recognizing this is the sort of thing humans have a tendency to let slip. But don’t assume this is the case. If you’ve been letting the presence of an antivirus icon in your taskbar lull you into a sense of security, take the time to check whether this feeling is justified. It’s easy enough to do: simply open your antivirus scanner, look for an update option and run it manually. If the manual update doesn’t turn up anything new, chances are the software is doing a good job of auto-updating and you can leave it to its own devices.

Never forget your Internet connection is a two-way affair. It lets you browse the web, receive email and download files. It lets you chat, tweet and instant message with others. It also lets remote computers discover information about you including your IP address, which uniquely identifies your computer on the Net, and your computer name. And it lays open to the world any unprotected shared folders on your local area network.

In fact, without specific defenses installed, your computer is an open box to any determined cracker. The crackers don’t even need to raise a sweat to discover your vulnerabilities. All they need is a freely available, automated program called a port scanner that scans the Net for unprotected machines, noting those that are vulnerable. If you’re on the list, you become a prime target for a direct attack or as a way-station for an attack on other, juicier targets.

That’s where firewalls come in. Firewalls block unauthorised access to your computer. If a firewall does its job really well, it should render your computer completely invisible to attackers.

Your need for a firewall increases if you have a high-speed connection to the Internet, such as DSL or cable. Not only do such connections leave you permanently connected to the Internet and thus vulnerable at all times, they also tend to use static IP addresses, making it easier for crackers to locate your computer. Dial-up connections, being temporary and usually having dynamically assigned IP addresses, are not such easy targets, but don’t assume your dial-up connection makes you safe from attack. 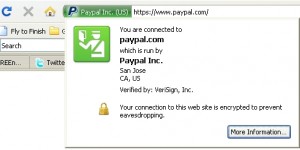 Look for the https: prefix in your browser’s address box and the padlock icon on the status bar to see whether you really are on a ‘secure’ site. Some browsers provide additional visual cues and information about site security.

Using a firewall not only protects you from outside attacks but also from some spyware activity. Spyware is software that is either installed by stealth on your system or which is installed openly but then takes covert actions once installed.

Spyware has grown to become more of a threat than viruses. That’s because, in its worst manifestations, it is a tool of thieves. Criminals, including organised Internet gangs, create spyware that surreptitiously watches what you do and grabs important information such as your passwords and user ids that in order to steal from your bank accounts or to make purchases using your credit card.

Less dangerous spyware comes in the form of adware—software that is free to download but which contains advertising delivered from the Internet. Sometimes you may decide it’s worth accepting the adware in order to get a desirable program. More often, though, you’ll find such software is highly invasive. Advertising and marketing companies use adware to monitor your online activities and preferences so they can create a profile of your interests. While most adware and spyware does not collect personally identifying information, some does. And, of course, it’s almost impossible to tell what sort of data is being sent home to the mother ship once the software is installed on your system. 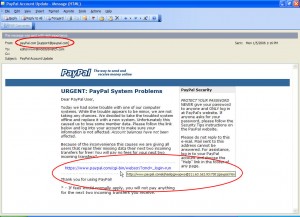 You can sometimes spot a phishing email by hovering your mouse pointer over the main link - this displays the actual address instead of the faked address.

One of the nastier perils of using email is a scam known as phishing.

Phishing is the attempt to inveigle you into parting with important information by sending you email which purports to come from a legitimate source. In most cases, the email appears to come from a financial institution or an online service where you have a financial account—a bank, an online escrow or payment service, a credit card company, an auction site. In most cases, the phishers try to lure you to a bogus website where you’re asked to enter your name, user ID, password or account number.

It sounds like the sort of thing that should be easy to spot and avoid, but it’s not. Some phishing scams are remarkably polished, with phony email and accompanying websites difficult to distinguish from the real thing. The scams also make use of some critical flaws in earlier versions of Internet Explorer which make it easy for scammers to hide themselves.

And phishers move fast. Within minutes of hooking a credulous phlathead, a phisher will run up charges against an account.

How does phishing work? Cleverly crafted phish-mail uses mimicry and the loopholes in HTML code to mask wicked intent with a benign face.

Here’s how a phishing email works:

As you’ll note, every single element in a phishing email may well be entirely innocuous, with the sole exception of the critical login link.

Despite the sophistication of some phishing scams, most are easy to detect and, with a little work, it’s not too hard to steer clear of the sophisticated versions. Here’s how to avoid taking the bait and becoming a phlathead yourself:

These are plenty of very good security products available. The ones I like:

Given those criteria, these are the programs I use: